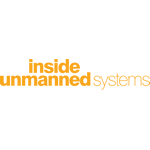 Civil and Commercial UAS markets are realizing the value of operational reliability, redundancy and security, learned from Military UAS combat applications including mapping and surveillance, endurance, broadcast and telecommunication networks.

Reported by Inside Unmanned Systems,

Insitu, a Bingen, Washington-based subsidiary of Boeing Defense, Space & Security, has used its more than one million UAV flight hours, largely flown in defense-related operations, to become one of the industry’s leading commercial UAV solution providers. In the space of seven years, the organization has performed marine mammal and ice surveys, surveyed pipelines, helped fight wildfires and supported the abatement of natural disasters.

Tyler Sibley, senior pilot with Insitu, believes that the success of its ScanEagle UAV in the commercial sector is largely due to its military lineage. ScanEagle was deployed to Iraq in 2004 with the First Marine Expeditionary Force, operating as a forward observer to monitor enemy concentrations, vehicle and personnel movement, and buildings and terrain. Sibley added, “We have hundreds of thousands of hours of experience operating in difficult spaces, which has given agencies such as the FAA confidence to support UAV-enabled research and development for commercial business.”

Insitu is an industry-partner of Shine Micro, Inc., and a pioneer in the design, development, production and operation of unmanned aircraft systems. Insitu is a wholly owned subsidiary of The Boeing Company and is headquartered in Bingen, Washington with offices in Oregon, California, Australia and the United Kingdom.