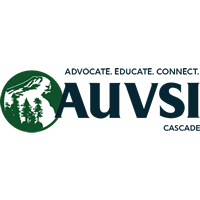 Shine Micro industry-partner Schiebel announced Monday that the Camcopter S-100 has been selected for Search and Rescue (SAR) trials in Norway.

Schiebel has announced that its Camcopter S-100 UAS has been selected by Norway’s Andøya Test Center for extensive search and rescue trials as part of the Arctic 2030 project.

In a typical configuration, the Camcopter S-100 operates six hours continuously, and can carry multiple payloads at the same time, which provides users with significant payload flexibility. As a result, the S-100’s missions deliver aerial views that reach “considerably farther than manned helicopters,” Schiebel notes.

The goal of the Andøy Municipality project is to demonstrate VTOL UAS use in the Arctic region in an effort to increase maritime safety. With this in mind, the Camcopter S-100 will be equipped with an Electro-Optical/Infra-Red (EO/IR) camera gimbal, an Overwatch Imaging PT-8 Oceanwatch payload, an Automatic Identification System (AIS) receiver and a Maritime Broadband Radio (MBR) by Radionor. This combination of payloads is intended to not only strengthen emergency preparedness in the region, but also provide search and rescue mission support. 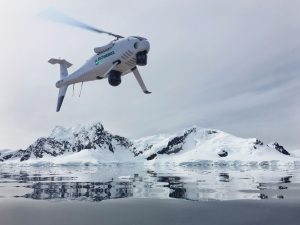 Shine Micro, an industry-partner of Schiebel, specializes in innovation and optimization of AIS, including AIS receivers for Aircraft, ISR and Unmanned Systems, Exclusive Economic Zone (EEZ) monitoring and Small Vessel Tracking (SVT).  Shine Micro is a recognized leader in AIS for avionics, providing trusted solutions for manned, unmanned, fixed-wing, and rotary-wing aircraft of all shapes and sizes, for both defense and commercial applications.

The Association for Unmanned Vehicle Systems International (AUVSI), the world’s largest nonprofit organization dedicated to the advancement of unmanned systems and robotics, represents corporations and professionals from more than 60 countries involved in industry, government and academia. AUVSI members work in the defense, civil and commercial markets.